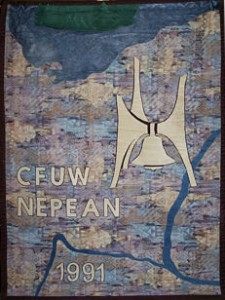 CFUW Nepean came into being in November 1990, through the efforts of a small group of enthusiastic women who saw the need for a local club. The Charter was proudly accepted in August 1991. Since then the club has grown, developed and matured.